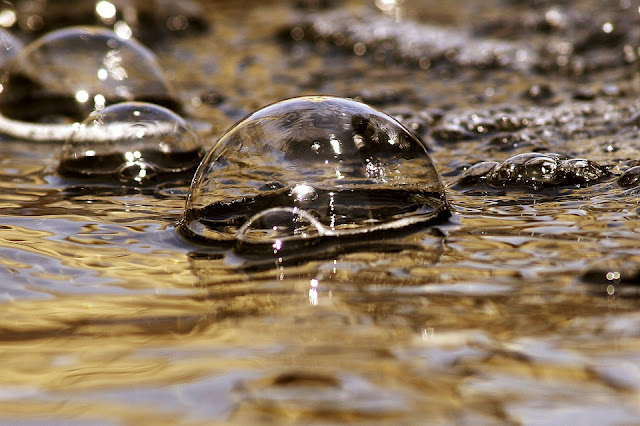 Water purity isn’t a fixed value, it depends heavily on what you’re planning to use it for. Obviously tap water and most bottled water goes through some form of purification process before it ever reaches us, ditto for bathwater, but natural water can actually be incredibly pure from the outset. Water trapped in glaciers is often incredibly pure, because it’s stored so deep that no contaminants from the ground or the air have been able to reach it. You would think, then, that said ice is the purest natural water source on the planet, and yet.
A few different places reputedly have sources of spring water which is, somehow, even purer. A study by the University of North Texas, the University of Magallanes and the Institute of Ecology and Biodiversity of the University of Chile (and breathe) in 2015 found that the cleanest water on the planet may well be in Chile.
Across 10 days, they took samples from natural waterways near Puerto Williams in Chilean Patagonia, and found that despite their equipment being capable of detecting chemical compounds in water as accurately as 2 parts per million, they still didn’t pick anything up. Further analysis in a lab confirmed the water’s purity. The actual sources of the water included the Bronzes River, the Ukika River and the Bass River, all of which are part of the Cape Horn Biosphere Reserve, which could now end up being one of the most important water sources on the planet.
Only 0.003% of all the water in the planet is thought to be unpolluted, but Cape Horn is not the only site. In 2011, a geochemist named William Shotyk published the results of tests he’d been running in his groundwater observatory in Elmvale, Ontario. Examining water from the artesian wells he constructed, he found that the water contained less lead than the cleanest layers of the arctic ice shelf, 5 times less at least. Said ice water has been trapped in the shelf for over 8,000 years, just to lend some further perspective.
In this case, Shotyk claims that the water’s purity owes to the fact that the ground the rainwater moves through to reach Elmvale is rich in iron oxide and aluminium oxide, both of which will pull contaminants out, a job also done by tree roots and the bacteria which grow on them.
This is a fairly consistent rule of thumb, certain conditions in the surrounding eco-system can result in remarkably pure water, and more pure than anything you’d get in a bottle. Other instances of this have been recorded in China, Western Australia and Upstate New York. While the supply of pure natural water may be dwindling, finding out more about the mechanisms behind it can help us learn how to preserve it.
Callum Davies
Callum is a film school graduate who is now making a name for himself as a journalist and content writer. His vices include flat whites and 90s hip-hop.