All the water on our planet follows the same cycle, some aspects of it vary depending on where the water is, but the basic process is the same – evaporation, condensation, precipitation and infiltration. This process is what keeps our planet alive, to some degree. The water carries nutrients from the sea to the land, and vice versa.

When you start to think about drinking it, however, this brings problems. Water picks up an awful lot of extra baggage when this happens, and most of it would likely play havoc with our soft, fragile digestive systems. This is why, after years of dysentery, typhoid and cholera, people started to develop methods of cleaning the water before it reaches our mouths. 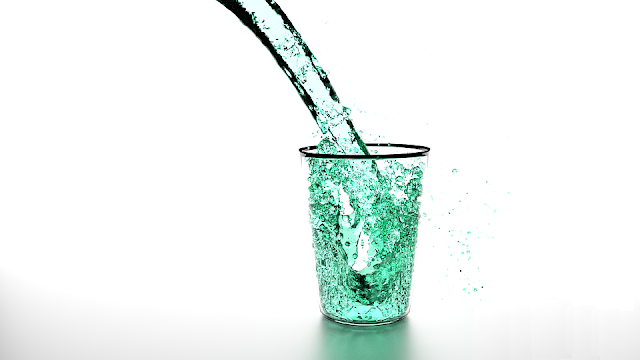 This started in the 17th century, when Francis Bacon attempted to remove the salt from seawater using a rudimentary sand filter. It didn’t work, and it wasn’t until 1804 that their use became more widespread. The original ‘slow’ sand filters worked by allowing a ‘biofilm’ to form over the top of a layer of sand, and as the water passes through it, contaminants are absorbed by the various different kinds of bacteria, protozoa and fungi present in the biofilm. Slow sand filters are typically vast underground chambers, with the water fed in through a piping system.
Although science leapt forward dramatically since slow sand filters first appeared, they are still used in many parts of the world due to their low energy requirements. Even in urban centres like London and Warsaw, they still exist. There are two other main forms of sand filtration now – gravity and upflow – both of which require chemical aids in order to work. Whilst sand filtration is still used all over the world, a number of other methods of water filtration have been developed. There are four main types, which are as follows:
Reverse Osmosis

Much like sand filtration, reverse osmosis means pushing the water through a membrane which will pull all the nasty stuff out and leave you with something which is safe to drink. Osmosis is the process of separating a concentrated solution from a less concentrated one though a membrane, with the end result being that both solutions have the same concentration.

Reverse osmosis simply moves in the opposite direction, with the membrane serving to reduce concentration, rather than even it out. The key difference between this process and sand filtration is that you need to apply pressure to force the water through, which means you need power. Reverse osmosis pumps use up a lot of power and create a lot of waste water, so they’re not massively prevalent.
Activated Carbon
This is the most common household type of water filtration. Activated carbon granules are created by burning wood in a low oxygen environment. This makes the granules far more porous than they would otherwise be, and have lot of nooks and crannies which can trap the molecules you want to remove from water before you drink it.
This is fine for chemical contaminants, including the trace amounts of chlorine often present after waste-water is purified, but anything ‘hard’ like limescale is a problem, as is sodium, fluorine and a few other things. Activated carbon filters also wear out quite quickly.
Distillation 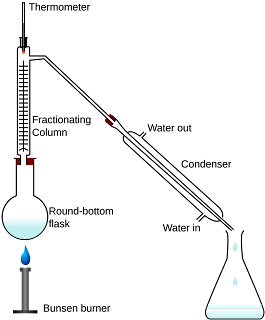 This is a comparatively basic, but effective process of filtering water. Boiling water will naturally remove a lot of the unwanted material, but evaporating it and allowing it to condense into liquid again will remove even more. Distillation is often used in chemistry to test how certain compounds react when they change state.
This process is particularly good for removing heavy metals from water, as they have a higher boiling point than the water, meaning that as the water evaporates, they get left behind. Anything with a lower boiling point, however, sticks around. A lot of heat is also required to distil water, which obviously means a lot of energy usage.
Ion Exchange
This process involves splitting atoms into ions, which are then trapped and replaced by non-contaminating ions. If that sounds heinously complicated, it’s because it is. Ion exchange filters contain zeolite beads, crystals made up from sodium, silicon and oxygen which have cavities in which molecules can be caught inside. In this instance, they contain sodium ions, which attract magnesium and calcium ions after they’ve been split, replacing them with the sodium ones.
This kind of ‘soft water’ process is used in dishwashers to reduce limescale build up, since it is carbon based, and is also used in some cases for drinking water, but it’s worth bearing in mind that sodium is still a form of contaminant so the process isn’t exactly 100% clean. The sodium ions also have to be replaced fairly often.
As you might have noticed, all these forms of filtration are good at removing certain things, but not others, which is why many systems operate using a combination of two or more, to maximise effectiveness. In truth, tap water in many developed countries is of a far higher standard than it used to be, so mass water filtration is more important in places where there’s less money or resources to actually do it. A lot of work is being done in Africa to find solutions to this problem, as many waterborne diseases are still rampant there. Elsewhere though, many have argued that bottled water is not only needless, but environmentally unsound.