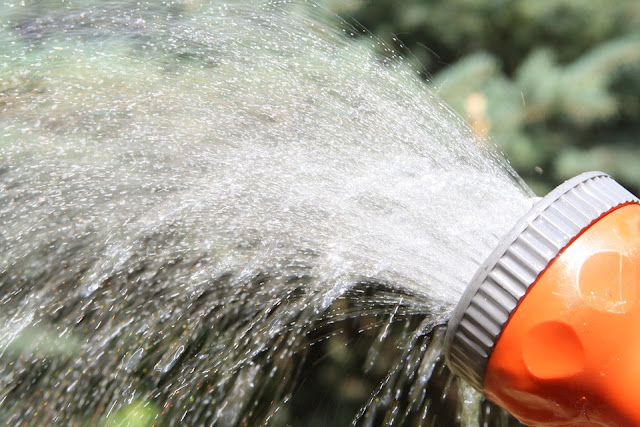 Hosepipe bans are almost commonplace as a water saving measure during the summer now, and at much as it makes perfect sense, it can be a bit of a pain. You don’t necessarily realise how much water you use outdoors in summer until you need to limit it.
There are so many different water saving products on the market now though that it’s almost overwhelming, and impossible to ignore. Of course, knowing what’s worth investing in and what’s a waste of money is another matter, and there are plenty of other techniques you can employ to save water without actually needing to buy anything. Here are a few of the most effective things you can do to save water.
Get a Water Butt, or Several
This is absolutely essential, even if your garden is miniscule. For the uninitiated, water butts are designed to collect rainwater in large drums, using a drainage system to keep from overflowing. Said rainwater can then be drawn from a spigot at the bottom and used to water plants, wash the car, or pretty much anything else that doesn’t involve you drinking it, or washing yourself with it. They’re remarkably easy to maintain and cheap to buy, there’s just no excuse not to have at least one.
Replace Worn Washers on Drippy Taps
Amazingly, if any of the taps in or outside of your house are leaking, you could be wasting up to a bath-full of water inside of a fortnight. Buying a few cheap washers and replacing the old ones could save you both waste water and money, and it’s a good habit to get into regardless.
Save Water from Indoors for Outdoor Uses
Any time you use water indoors, have something in the sink to catch it, and then you can use it later for watering plants. If you’re washing up, rinsing your hands, vegetables or anything else, there’s no reason to let that water just flow meaninglessly down the drain, there’s nothing wrong with it. You can do the same with bath or shower water, a bit of soap isn’t going to do your plants any harm.
Water Your Plants in the Early Morning or Late Evening
On particularly hot days a lot of water can be lost through evaporation, so watering the plants during the day can be a bit of an exercise in futility. Instead, water them either early or later, when the heat isn’t extreme enough to syphon the water off into the air.
Let Your Lawn Grow Longer
Grass can go longer without water than you might expect, but if you cut it extremely short it takes up less and browns much more quickly. It might look a bit more untidy, but if you leave the grass a bit longer, you won’t need to water it anywhere near as often.
Don’t Overwater the Plants
Overwatering is one of the worst things you can do for plant life. Serious overwatering can actually drown plants, but doing it even a little bit too often can cause the roots to grow at a shallower depth. If that happens and then you’re forced to cut back, they will start to dry out that much sooner.
Callum Davies
Callum is a film school graduate who is now making a name for himself as a journalist and content writer. His vices include flat whites and 90s hip-hop.