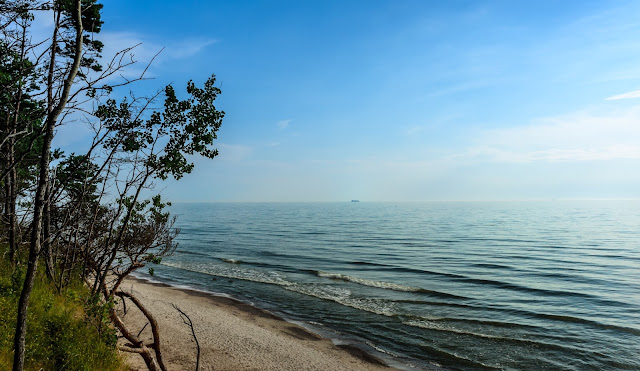 The Baltic Sea is the youngest sea on our planet, by a considerable margin. Most of the others formed millions of years ago, but the Baltic has only been around for somewhere between 10,000 and 15,000 years. This was a result of ice mass retreating as the ice age started drawing to a close.
It’s also one the largest brackish inland seas on the planet, and the only sea of its kind to result from glacial scouring, rather than tectonic activity. For this reason, it’s also decidedly shallow, averaging at about 55 metres deep. The way it’s fed – first by saltwater from the North East Atlantic and then by fresh water from rivers and fjords draining an area four times the size of the sea itself – creates a completely unique eco-system, with a delicate interdependency.
Some of resources provided by the Baltic Sea are fairly obvious, like cod and other pelagic fish, but others are less so. Thanks to the Baltic Sea, the local region is the richest source of amber on the planet, as a huge portion of the area was covered by forest about 44 million years ago, creating a massive deposit of the substance. Erosion across the shorelines gradually exposes more of it, and as a result, the Kaliningrad Oblast is responsible for 90% of the world’s amber trade. 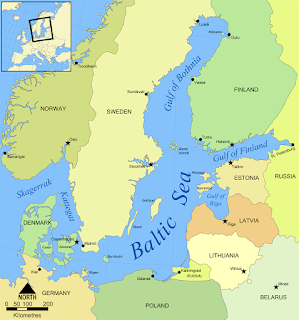 Despite bordering the North Sea, the Baltic doesn’t actually mix with it, as the densities are completely different. In fact, the Baltic’s water is about as close to fresh as any seawater can be. You can actually drink Baltic seawater, it doesn’t taste very nice, so you wouldn’t want to do it unless you were in dire straits, but it won’t dehydrate you.
The drainage of this freshwater creates very verdant, agriculturally suitable land, and about 20% of it is used as such. Another 17% is unused open land, and another 8% is wetland, while the rest is populated with, well, people. 85 million people live in the Baltic drainage basin, and about 17% of them live within 6 miles of the coast. The vast majority of the coastal Baltic population are Polish, but there are several major cities on the coast, including Saint Petersburg, Copenhagen, Stockholm, Riga, Helsinki, Gdansk, Kaliningrad and Malmo.
This is thanks, in part, to the sea’s role as a major source of fishing trade, but that’s also part of the problem.
The Baltic Sea is now under major environmental threat due to the massive, disproportionate global demand for cod, which only intensifies as their numbers dwindle elsewhere in the world. The depletion of the cod has resulted in an increase in their natural prey – sprat. The sprat have thus caused the number of predatory zooplankton to fall, resulting in massive algal blooms, especially during the summer, when much of the Baltic is bathed in perpetual sunlight. This can change the chemical balance of the water, and actually poison some of the wildlife.
On a similar basis, eutrophication is becoming a widespread, dangerous issue. Over fertilisation of the land results in excess nutrients seeping into the water, completely disrupting the marine eco-system. In the past 100 years alone, the nitrogen content of the sea has quintupled, and the phosphorus content has octupled. It’s gradually being addressed, but for the moment, it’s not uncommon to see huge swathes of the Baltic turn a very sickly green colour.
Callum Davies
Callum is a film school graduate who is now making a name for himself as a journalist and content writer. His vices include flat whites and 90s hip-hop.