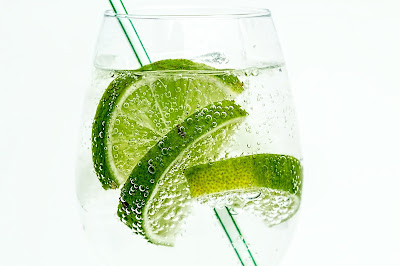 Sparkling, carbonated, fizzy, soda. Whatever you want to call it, we all know the fizzy sensation that comes with drinking a glass of the stuff, or as my friend calls it, ‘the fizzy burn’. What you might not know, is how we worked out how to make this refreshment.

Other drinks have been fizzy for far longer than water, many alcoholic beverages, such as beer and hampagne, have been carbonated through the fermentation process for centuries. Records show a chap called Christopher Merret created sparkling wine for the first time in 1662 (We are all very grateful to Christopher for this, I’m sure!).

When it comes to fizzy water, we have to send our gratitude to Joseph Priestly. In 1767, Priestly suspended a bowl of water over a beer vat in a brewery in Leeds, and dripped sulphuric acid onto chalk over the top, he discovered that this infused the water with carbon dioxide. In 1772, he released a paper describing this process as, ‘Impregnating water with fixed air’, and sparkling water was born.

In the late eighteenth century, Johann Jacob Schweppe (recognise the name?) developed the first practical process to mass manufacture carbonated mineral water in Geneva based on Joseph Priestly’s research, finding the Schweppes Company in 1783. It eventually became popular in the UK, with King William IV even favouring the fizzy refreshment.

The introduction of carbonated water into mainstream society fundamentally changed the way that people drank. Previously, alcohol had been drunk straight, with no mixers or dilution. Post introduction, people began mixing their spirits with this carbonated water, and thus making it more socially acceptable to drink alcohol.

The sparkling water drank in those days probably tasted a little different than we are used to today. Many chemicals were added to the drinks to act as preservatives. In fact, up until World War 2, carbonated water was known as, ‘Soda water’, in the USA, due to the sodium salts it tended to contained. This is why Americans still refer to fizzy drinks as ‘soda’ today.