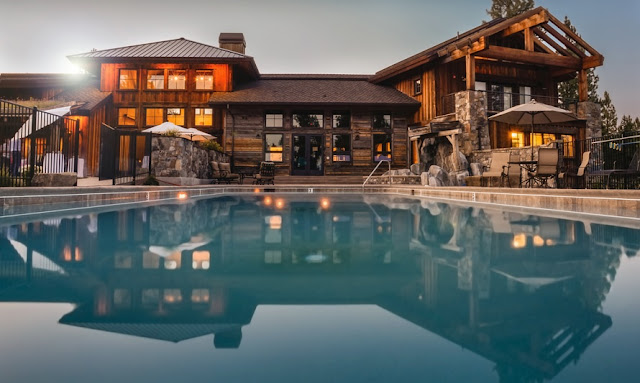 When you combine water with sunlight and open air, life tends to  happen. Now, that’s an amazing thing, but far from ideal if you want to use a body of standing water for anything sanitary. For decades, there’s been a pretty clear cut solution to this – chlorine.
While some are salted, most swimming pools are chlorinated. Once chlorine solution is added to water, it breaks down into hypochlorous acid and hypochlorite ions, which attack the lipids in bacterial cell walls. This oxidises the cells and renders them inert. It’s a remarkably effective process, but it makes the water toxic.
If you’ve ever swallowed a mouthful of pool water, you’ll know that it’s a thoroughly unpleasant experience, accompanied by a lot of coughing and gagging. That’s not actually anything to do with the chlorine, though. Even in a heavily chlorinated pool, the rate is about 2 parts per million, so even if you drank the whole pool, you wouldn’t get chlorine poisoning. What would poison you, would be all the nasty bacteria that chlorine can’t kill.
We have to examine the health risks of swimming in a chlorinated pool on a regular basis, as many people are currently doing, either to deal with the summer heat or because watching the Olympics has made them feel particularly out of shape. So, is there any danger of ill-health as a result of all this splashing around?
It’s still a debated subject, but to suggest that there’s no risk would be very naïve. One Belgian study, conducted in 2009, found that teens who very regularly swam in chlorinated pools were at higher risk from asthma and other allergies. In particular, the risk of hayfever doubled. Another study found, that when chlorine combines with urine, it was develop an irritant called trichloramine, which could well cause damage to the cellular walls which protect the lungs. It’s been theorised that the presence of this irritant could be putting children at greater risk of asthma.
Indoor pools have their own inherent issues, due to the fact that they are an enclosed space. Chloramines release gas into the air, and if it gets trapped in such a space, people will inevitably breathe it in. The build-up of chloramines in the air can be accelerated by the surface of the water being broken, and that’s kind of a given at a busy pool. All indoor pools are required to have some kind of ventilation system, but their effectiveness can vary dramatically. Inhale enough and you could be at risk of respiratory irritation, same as if you swallowed the water. 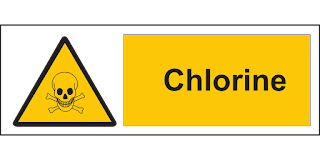 Fundamentally, most of the issues caused by chlorinated water are more due to the sanitation of the pool in question. If a lot of people are peeing in it, or doing anything else similarly disgusting, the health risk of being in or even near that water obviously rises. Equally, if the pool isn’t cleaned regularly or excess chlorine is pumped in to account for the unsanitary water, that’s also bad news.
The bottom line is this – if you’re going to swim regularly, do some serious research on how well maintained the pool is, and keep an eye on it when you’re there. Olympic or athletic swimming pools tend to be a better bet, simply because there’s more money involved. If you have children, it’s almost better to (if you can afford to) get your own above ground pool and use that; public recreational pools are often filthy during the busy summer months. In any case, chlorine is an excellent disinfectant, you needn’t worry about that, it’s just the people who use the pools you need to be careful of.