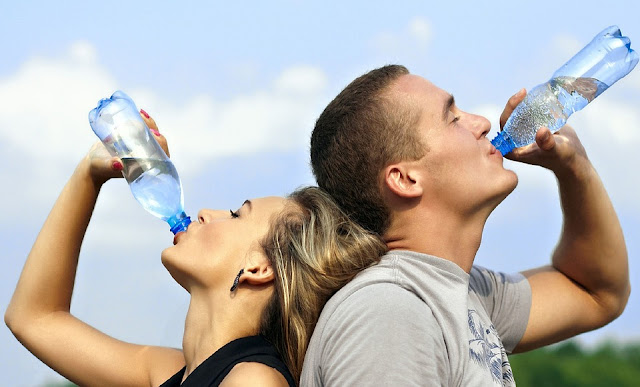 Distillation is a very particular form of water purification, primarily used to desalinate seawater. We’ve been doing it in one form or another for more than 1,800 years, as in the simplest terms, it’s just a case of boiling water in one container, then trapping and condensing it in another.

Distilled water is used in chemical processes when something purer than deionized water is needed. It’s also used in cooling systems for cars, topping off automotive batteries, and more specific requirements like cigar humidors and certain types of beer brewing, Pilsner in particular. 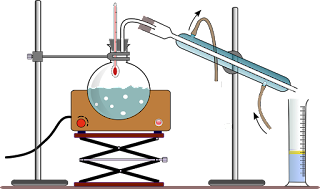 Is it safe to drink, though? Well there’s certainly nothing stopping you, distilled water can be bought by the bottle in shops around the world, and there are certain brands of water which are very open about their use of the process (Glacéau Smart Water, for example).  In those cases though, minerals and other components tend to be added to the water after it has been distilled. Were you to drink water that had been distilled, but nothing else, it would not contain any of the naturally occurring minerals you get from standard drinking water.
Beyond that, it’s still very much an open debate. The theory goes that distilled water is uniquely capable of cleansing your innards, pulling out all the toxins which normal water simply flows past. It is pretty well accepted that this is true in the short term, but long term consumption is thought to carry a lot more risks. Distilled water will absorb anything that it comes into contact with in the open air, meaning that it picks up trace amounts of carbon dioxide when it is first exposed. This can gradually raise body acidity, which as I’m sure you can understand is not a good thing.
Distilled water can also cause you to lose minerals through urine, which can lead to all sorts of unpleasant complications in the long term, such as high blood pressure, coronary artery disease and, in particular, osteoporosis. Osteoporosis is a deterioration of bone strength, particularly in the spine, hips and forearms. It usually manifests in old age, but with increased mineral loss it can happen a lot earlier, resulting in a significant drop in quality of life, and a much higher risk of paralysis from spinal injury.
It’s not just distilled bottled water, either. Distilled water is an active ingredient in all soft drinks, as if you needed another reason to avoid those. Water in the human body should contain calcium and magnesium, the things that distilled water tends to pull out. Cells, tissue and organs are at far higher risk of significant damage when the body has a pronounced mineral deficiency. In short, if you’re going to drink distilled water, it’s best to make sure that it’s been supplemented with minerals after the fact; otherwise you’re taking a highly unnecessary health risk.
Callum Davies
Callum is a film school graduate who is now making a name for himself as a journalist and content writer. His vices include flat whites and 90s hip-hop.