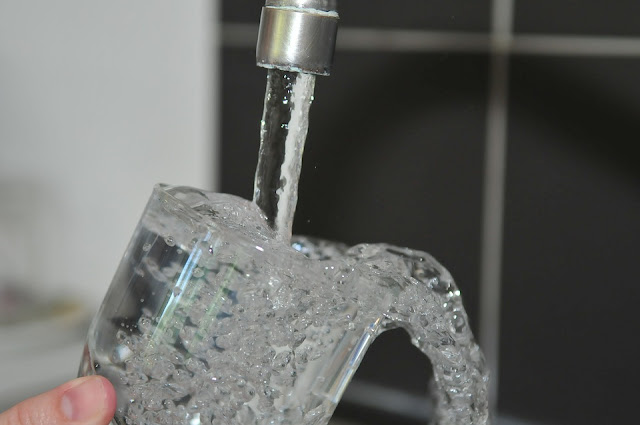 Depending somewhat on location, tap water contains a variety of substances, many of which are said to be harmless in small quantities. The difficulties only arise over time, as more and more of these trace amounts of chemicals build up in the body, bringing about health issues. These chemicals range from chlorine to fluorine, and are wilfully added to make drinking water safe. The addition of these chemicals eliminates bacteria and microorganisms from inhabiting drinking water. That’s reassuring! Right?
Quite; until you learn that water from the tap travels through pipes that have been in use since 1859 in Britain, the first country to industrialise. With technological advancement comes waste, and plenty of it. Water-borne diseases, like cholera and typhoid, were a real risk for the Victorian Londoners of the 19th century, with 10,000 deaths from cholera in just one year. Joseph Bazalgette crafted an underground sewage system, freeing up the Thames from being a literal river of excrement. Thanks to Bazalgette and John Snow (not the GoT character, but the Victorian-era doctor who ultimately unearthed the true cause of cholera), the Houses of Parliament funded the underground sewer project which was completed in 1870.
So, with that brief history lesson fresh in mind, let’s get back to the crux of the matter: tap water. It travels through underground pipes, courtesy of Bazalgette, and pops out of your home tap seemingly clean, clear, and fresh. Don’t be fooled.
Chemicals added at the source, pipes shedding all sorts of nasty chemicals and microbes into the water; let’s name a few of those contaminants to familiarise ourselves with the risks. 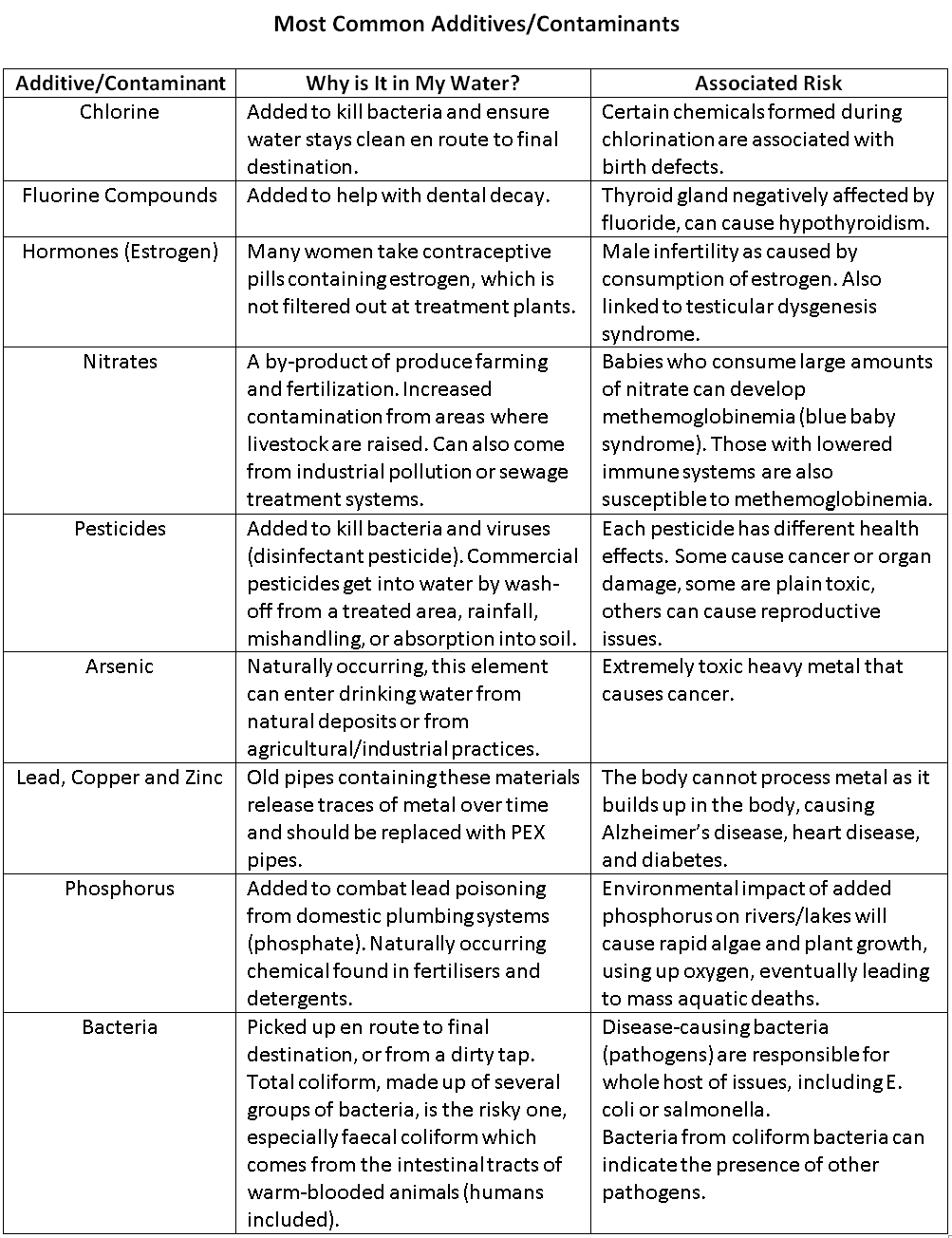 This outlines only the very basics of what contaminants are found in plain tap water. Ideally, a full-home water filter using reverse osmosisis the best way to filter out toxins, catching fluoride, chlorine, lead, pesticides, nitrates, and more in its semipermeable membrane. For those on a budget, Britafilters are a great option. Brita carbon filters reduce the presence of chlorine, lead, pesticides and fine solid particles like rust or sand. Not necessarily the most effective filter, it misses fluoride, bacteria and viruses, or nitrates.
A safe bet, if investing in a filter seems too much of a commitment, is to stick to bottled water. Even then, it’s important to choose the correct type. If the idea of fresh water, filtered before bottling is appealing, stick with spring water.
Jacqui Litvan
Jacqui Litvan, wielding a bachelor’s degree in English, strives to create a world of fantasy amidst the ever-changing landscape of military life. Attempting to become a writer, she fuels herself with coffee (working as a barista) and music (spending free time as a raver).