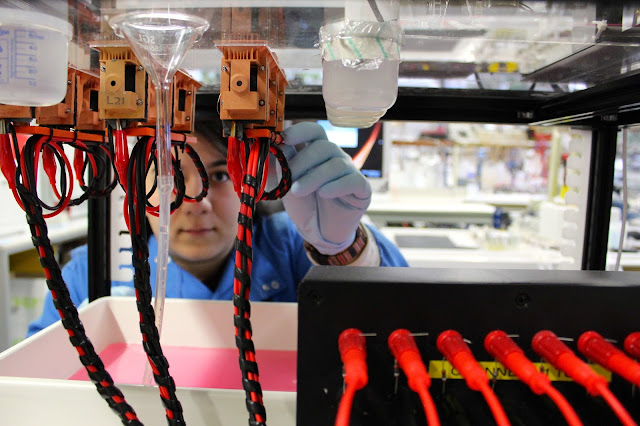 Perhaps the biggest issue with water treatment plants is the amount of energy they use. On average, it takes 1.5 kilowatt-hours to remove even a kilogram of contaminant from polluted water. If you look at that in terms of water treatment on a national or international scale, it accounts for a huge chunk of energy demand.
The solution is to make water treatment a self-sustaining process, and for the first time it looks like we might have found a way to do that. The name of the game is biotechnology; we already use engineered biological processes for food production, medicine and more recently fuel. We already know that biological processes can be manipulated to produce energy, so what if they could form a self-powering treatment system.
That’s exactly what Boston-based company Cambrian Innovation have done. In partnership with the US Army, they have developed ‘BioVolt’, a wastewater treatment system which generates the energy needed to power itself, with no electrical input necessary. The microbes themselves are electrically active, and they catalyse a fuel cell process which treats wastewater and generates electricity all at once. What’s more, a large facility isn’t needed to house such a system; it can be scaled down the point where you can carry it around in a portable container.
So already this sounds pretty amazing, but there’s more. The BioVolt system is now being regarded as a blueprint for even more advanced developments in the near future. The active microbe strains in the BioVolt system are ‘Geobacter’ and ‘Shewanella’, both of them essentially consume pure energy, coaxed from rocks and metals. It stands to reason, all bacteria deal with the electrons present in sugars and other minerals, these ones just cut out the middle man, and in this way they can be grown directly on electrodes.
The applications of this are widespread and exciting, already a larger pilot system for water treatment is being built in Tijuana, and this one will also be able to remove pharmaceutical waste from the water.
In either case, systems like these have the potential to clear tens of thousands of litres of contaminated water every day, and act as a kind of equivalent/counterpart to solar and wind energy. Moreover, any kind of biological system which requires energy to function could be considered for the BioVolt treatment, as microbes which consume pure energy could, in theory, carry on forever.
Callum Davies
Callum is a film school graduate who is now making a name for himself as a journalist and content writer. His vices include flat whites and 90s hip-hop.