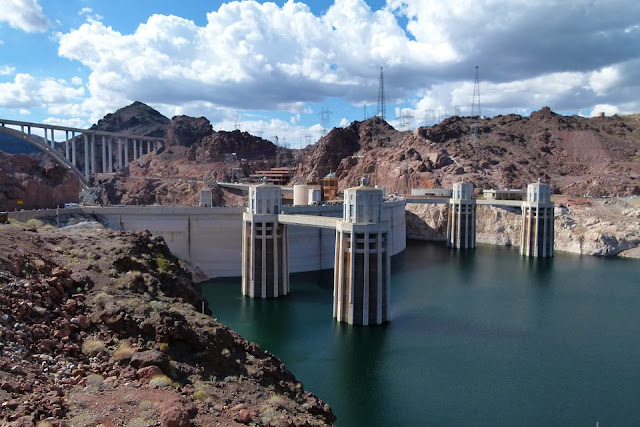 Often praised as a highly viable, effective source of renewable energy, hydroelectric power plants provided 70% of the world’s total supply of renewable energy in 2015, and continue to gain more prominence as environmental issues remain firmly at the forefront of public debate.
These plants and their associated dams can vary in size dramatically, ranging anywhere from micro plants which power a small number of homes, to massive installations like the awe-inspiring Hoover Dam. The Hoover Dam alone provides a yearly figure of 4.5 billion kilowatt hours of energy to nearly 8 million people in the US, but how exactly do these power plants create electricity from nothing but water? As it turns out, it’s fairly simple.
First, the dam raises the water level before the plant, creating a drop into shallower waters beyond. As water flows through the dam and over the drop, it pushes large turbines which, via a connected generator, convert the natural kinetic energy into electricity. It essentially works like an underwater windmill, simply substituting the wind for water flow. From there, the electricity is distributed as it would be from any other type of power plant.
The amount of power a hydroelectric dam is capable of generating depends on two major variables: the height of the drop created and the flow rate of the river itself. Both of these will influence how much water passes through the turbines at any given time, being directly proportional to the power created.
You can actually calculate the power output of any given dam fairly easily if you have access to the relevant figures. The formula required to do so is as follows:
Power (in kilowatts) = (Height of Dam) x (River Flow) x (Generator Efficiency) / 11.8
To convert this to the more commonly stated figure of kilowatt-hours, run the solution through the next equation:
Kilowatt-hours = (kilowatt figure) x (24 hours per day) x (365 days per year)
If you then divide the result by 3,000, as 3000 kilowatt-hours is the average energy consumption of one person in the US, you can get a rough idea of how many people the dam can actually serve.
Sam Bonson
Sam is an aspiring novelist with a passion for fantasy and crime thrillers. He is currently working as a content writer, journalist & editor in an attempt to expand his horizons.