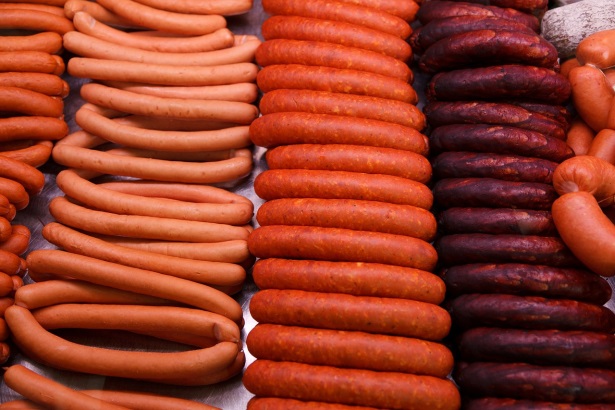 It’s pretty much a given that competitive eating is a gross, over-indulgence of food, one that’s better heard about than witnessed first-hand. Who wants to see a human bloat themselves beyond measure? Dripping with food-muddied water and abandoning every last shred of dignity in the name of Major League Eating, champions of the competitive eating scene have found a way to go against the pre-programmed fail-safes of their bodies. If you’re in the mood for distended stomachs, suppressing the natural gag reflex, and disregarding the body’s vital messages, then buckle in because we’re going down the gullet hole for this one.

Gurgitators, competitive eaters, fight against their bodies to perform incredible eating feats. Using water training (drinking a gallon of water in 30 seconds), or simply by consuming large meals regularly, competitors stretch their stomachs in an effort to condition their bodies to accept large intake quantities.

For the average person, nausea is triggered after consuming more than 1 litre of food. According to ESPN, gurgitators can surpass this standard by 3 litres or more! Aside from that, the calories consumed in one competition can range from 4,000 calories (18-25 hot dogs) to 12,500 calories (50 hot dogs), thoroughly trumping the recommended intake for the day, 2,300 calories on average for adults.

After the competition, some gurgitators will purge themselves in what has been labelled a “Roman incident” by the International Federation of Competitive Eating, or the IFOCE. Mitigating these events is the IFOCE, who have been drawing up rules, regulations, qualifying contests, and safety measures for this bizarre sport since its formation in 1997.

The accepted technique for gorging oneself is to dip food in water, thereby lubricating the food to make chewing and swallowing it easier. Virtually any liquid can be used to soften the food, but calorie-free water is the best choice considering the abhorrent amount of calories otherwise consumed. Past that, consumption methods are dependent on preference; breaking food into smaller pieces in order to fit more in the mouth for example, or eating different parts of the food separately.

Eating competitions, while entertaining, are unhealthy and potentially dangerous for competitors. Repeated purging will damage tooth enamel and the oesophagus while stretching of the stomach may eventually require surgery to retain normal functioning. Overall, I’d say to steer clear of this strange sport.

Jacqui Litvan
Jacqui Litvan, wielding a bachelor’s degree in English, strives to create a world of fantasy amidst the ever-changing landscape of military life. Attempting to become a writer, she fuels herself with coffee (working as a barista) and music (spending free time as a raver).