Water hardness is one of those terms you hear fairly regularly, but might not necessarily know what it means. Essentially, as water falls as rain, it runs over rocks, picking up various mineral deposits as it flows. Where there’s a lot of naturally occurring calcium and magnesium, hard water forms, which means areas with a lot of chalk and limestone. 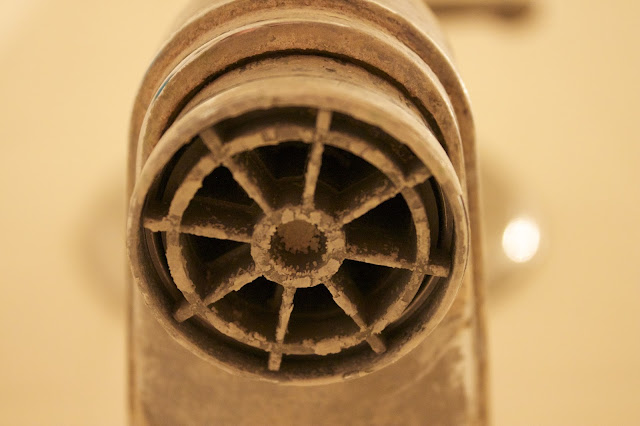 Tests carried out across the UK have revealed that the ‘M4 corridor’ has a consistently high frequency for hard water, including Bristol, Bath, Reading, Swindon and London. Hard water is also especially commonly found in the Home Counties, like Kent, Surry and Hertfordshire.
What’s the big deal? Well, unfortunately hard water isn’t a phenomenon only of relevance to scientists; it’s easy to tell if you’ve got it in your home taps. Hard water tends to taste worse, and causes a much heavier build-up of scale, scum and the tendency to break taps and piping if it’s left unchecked.
There are differences in the level of water hardness, and it’s typically measured in terms of calcium carbonate (CaCo3), with soft being under 150mg/l, hard being between 150 and 300mg/l and finally very hard being over 300mg/l. The British Drinking Water Inspectorate has reported that drinking water in England is generally very hard. This is all down to the abundance of limestone and chalk in the British landscape. London, for instance, gets its drinking water from the Thames and the Lea, both fed by limestone springs and chalk aquifers.
Coastal areas tend to have softer water, especially in Wales, but also in Devon and Cornwall. Some metropolitan areas built their own reservoirs in the 1700s to have a more local supply (Manchester, most prominently), which had the added side effect of making the water softer, as it didn’t come into contact with any limestone.
If you don’t actually live in Manchester, or any of the softer regions, it’s not a death sentence; there are ways of dealing with the hardness of your water supply. You can outfit your house with full home filtration systems, which attach to the piping system just before the water reaches the house, or you can fit specific filters to your showers and taps. If you can’t manage this, don’t worry, hard water doesn’t present a health risk, it’s just not the best for the plumbing, so make sure you clean your system out as often as you can.
Callum Davies
Callum is a film school graduate who is now making a name for himself as a journalist and content writer. His vices include flat whites and 90s hip-hop.