Visit any office, dentist, or gym and ask for a glass of water. You’ll, most likely, be led to a watercooler. It’s such a centre of workplace discussion, that we’ve named this very blog after it! It’s easy to take this hydration staple for granted, but in today’s blog, we’re going to be investigating how the watercooler came to be what it is today. END_OF_DOCUMENT_TOKEN_TO_BE_REPLACED

Here at The Water Cooler Today, we’re firm believers that money should be no barrier to clean, filtered water. To that end, in today’s blog we will be reviewing water filter jugs available in the UK, that won’t break the bank, all weighing in at under £10.00.
END_OF_DOCUMENT_TOKEN_TO_BE_REPLACED

Fed up of limescale in your kettle? Find the taste of your tap water a bit off? Sounds like it’s time to invest in a water filter. The UK water filter market is enormous, with a cornucopia of product, technology, and price options, but never fear, The Water Cooler Today is here to make this decision easier for you. Let’s dive straight into what you should consider when purchasing a water filter for your home.

END_OF_DOCUMENT_TOKEN_TO_BE_REPLACED 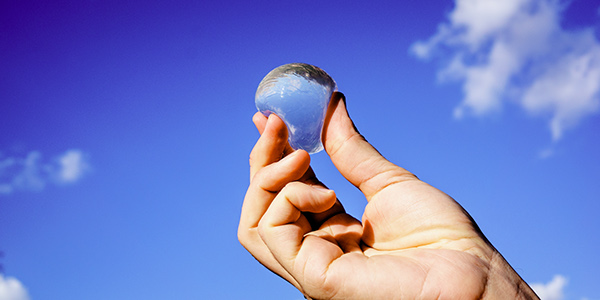 Water bottle manufacture is a very dangerous industry. The amount of water and oil waste created by the process is a problem; their limited recyclability is a problem and the millions which are carelessly tossed away? Huge problem. There are some ways around it, such as reusable water containers, but people don’t buy water for the bottle, they buy the bottle for the water, and pre-filled aluminium containers probably wouldn’t sell too well.

This could well be the solution – a process called spherification, which enables you to turn water into soft, edible globules. It needn’t just apply to water either, there are a whole range of fluids you can do it with, and it’s simple enough to be done at home. The video below outlines the exact process, but in summary, you mix water with sodium alginate, which is derived from brown seaweed, and then you place spoonfuls of it into a calcium lactate bath, causing the two chemicals to form a membrane around the water.
The membrane is perfectly natural, perfectly healthy to eat, and stores the water without the need for any plastic. That’s all very well, I hear you say, but surely the sales of bottled water have more to do with people preferring to buy water than fill up from the tap? Well, yes, that’s the case, but this method can, and has, been applied to retail distribution.
A British company called Skipping Rocks lab have developed a way to create the edible bubbles en masse, by creating the membrane around small spheres of ice. Each unit only costs about 1.5p to produce, and the EU awarded them a sustainability grant in 2014 to further pursue the venture. The product, called ‘Ooho’, is still being toured around conferences to build up funding and support, so don’t expect to see it being sold any time soon, but that is Skipping Rocks’ eventual aim.
In the meantime, you can see above just how easy the process is to do at home, so why not try it out? 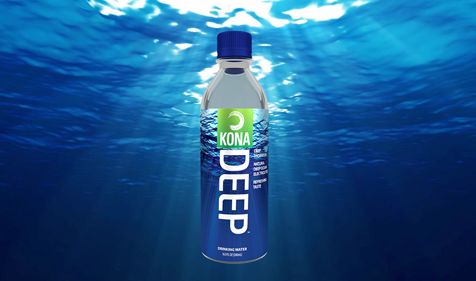 It sounds like a faddish craze, drinking bottled water from the depths of the ocean, but in reality, this could solve our sports drink problem. Straight from the heavenly shores of Hawaii, Kona Deep is bringing the wonders of Hawaii to the world! … starting with the continental U.S.
Since announcing their nationwide launch in March, Kona Deep has been pushing their brand hard as an alternative drink for health-conscious aficionados. By summer’s end, the brand should be available on shelves throughout the U.S. Check their site for availability.
By no means a pioneer in deep-sea bottling, Kona Deep is more or less the popular kid on the block right now. According to their site, “a unique blend of electrolytes and trace minerals” are present in their bottled water, courtesy of the ocean blue. Like an energy drink, Kona Deep contains vital electrolytes to replenish the body, especially after physical activity. According to a study conducted by the University of Arizona (one of the first states Kona Deep launched in), deep sea water hydrates twice as fast as traditional means. If that weren’t enough to send fitness nuts to Amazon for a case of 12 ($33.99!), then consider that the miracle water has also been linked to aiding against stomach ulcers and cancer and alleviating symptoms of eczema.
Companies bottling the deep wonder water glean their source from Earth’s “Great Ocean Conveyer Belt” off the coast of Hawaii using piping, pumps, and high tech desalinating facilities. The currents moving from the Arctic, through the North Atlantic and into the Pacific continuously cycle, allowing melted glacier water from Iceland and Greenland to be harvested. Happily, this water source is completely renewable and naturally picks up its special blend of mineral goodness on a 1,000 year journey.
History 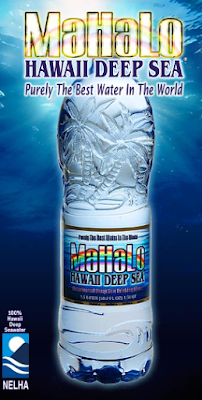 Sometime in the early 2000’s, Koyo USA Corp. started selling desalinated water harvested off the shores of Big Island. Under the name MaHaLo Hawaii Deep Sea, this water retails for a hefty price even today. Using a special pipe in HOST Park (Hawaii Ocean Science and Technology Park) built by NELHA (The National Energy Laboratory of Hawaii Authority), this water is pumped from a depth of 2-3,000 ft. yielding what is certainly the most uncontaminated water available for consumption. According to Koyo, the water comes from Greenland, traversing the depths of the Pacific Ocean. This glacier water, in addition to being rated Class AA (unaffected by human influences), is ripe with electrolytes and nutrients. For those concerned about pollution leeching from the sea, know that the desalination process removes any harmful pollutants in addition to making water drinkable.
In 2006, Hawaii Business published an article touting the merits of Koyo and deep-sea bottling in general. It was at this time, when a third desalinating plant was freshly designed and in the early stages of building, that selling to “markets outside of Japan: Hawaii, the U.S. Mainland, Europe, Korea and Taiwan,” became a real possibility. This special kind of bottled water was a staple in Japan thanks to Koyo. Only recently has the continental U.S. begun to claw anxiously at the prized bottles.