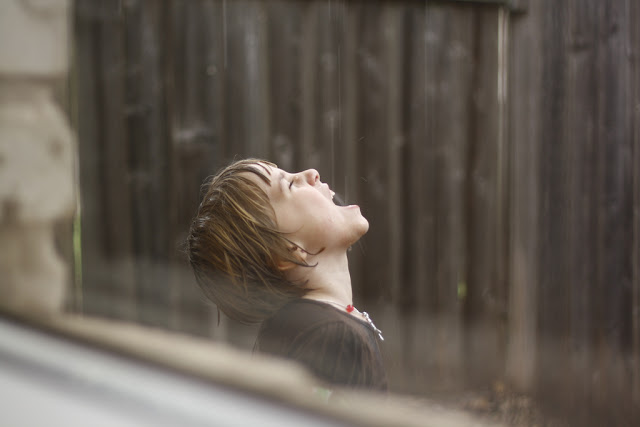 When you were a kid, did you ever get told off for sticking your tongue out to catch raindrops? Yeah, so did I, in fact I remember kids at my primary school saying that if you did you would get asthma  (kids are kind of stupid). While it might not give you asthma, it’s still pretty unwise to drink it.
Think of it this way, that water didn’t start in the sky, at some point or another it evaporated, then cooled and condensed before falling back to the ground. There’s a lot of scope for contamination in that cycle, and even as the rain falls it can collect various airborne particles that you really don’t want floating around inside you. So, it’s pretty clear cut, then, don’t drink rainwater.
Well, as you might have surmised from the fact that this article is, well, still going, it’s not that simple. You can actually drink rainwater, you just have to approach it a certain way. It all comes down to the way the water is stored, and how long it is stored for. Suffice to say, there are no health benefits to drinking rainwater over the clean, regularly available kind you’ll find cascading out of your kitchen tap, but if you’re in a pinch, knowing how to make rainwater safe to drink is very useful.
Collecting rainwater is as simple as setting up a container to catch it, like a bucket or a tarp or even just a bottle, but then you have to go about making it safe. The simplest way is to use a water purification tablet, but obviously you can only carry a limited number of tablets, so if you need to do this repeatedly, it’s not exactly ideal.
Portable water filter bottles are another viable option, and there are plenty of them available, but you have to make absolutely sure that the one you buy can turn rainwater into a safe drinking source, this isn’t always the case.
How big is the risk if you forgo all that, though? Well, certain studies have shown that people who do actually drink untreated rainwater regularly generally experience little to no increase in illness, compared to drinkers of ‘safe’ water. This could be because they have built up a tolerance to any dangerous bacteria, or it could be because the general risk is lower than we thought. In either case, rainwater is going to have to be considered as a resource more and more as bottled water continues to become a greater environmental concern.
Callum Davies
Callum is a film school graduate who is now making a name for himself as a journalist and content writer. His vices include flat whites and 90s hip-hop.